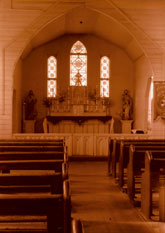 St. Gabriel’s Parish was established in 1936 with Fr. Patrick Ryan as the first parish priest.

The first recorded Mass in Reservoir was celebrated about 1919 – 1920 in what was then the Church of England Hall.

In 1925 a decision was made to build a more substantial parish church on Bell Street for the growing Parish of Preston and the existing wooden Sacred Heart Church was moved to Viola Street in Reservoir. The relocation of the church and its transport along High Street caused so much disruption that the shire council of the day resolved never to allow any more churches to be transported up High Street!

On February 26, 1926, Archbishop Mannix blessed the relocated church and named it St. Gabriel’s. Assistants priests of the Preston Parish celebrated Mass at Reservoir until the parish was established.

St. Gabriel’s School was opened in 1929 with Mrs. Beattie as the first teacher. In 1930 the Sisters of the Good Samaritan assumed responsibility for the school. A convent was built for the Sisters at 13 Olive Street. The Sisters moved out of the convent to new accommodation in 1993 and the building was demolished in 1998. In 1972 the first lay principal was appointed to the school but a Good Samaritan presence remained in the school until 1995.

As the area developed and the population increased the little wooden church of St. Gabriel was just too small and in 1960 a new and substantial brick church was built on the corner of Spring and Viola Streets. Fr. Ryan was given an assistant priest in 1951 and the area of the original parish was reduced to its present size when the parishes of East Reservoir (1957) and North Reservoir (1970) were formed. 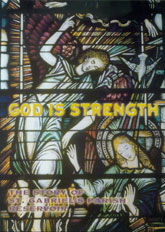 St. Gabriel’s Church celebrated its 40 th birthday in 2000. To mark this event the church was extensively refurbished. Archbishop George Pell consecrated the church on October 29, 2000. A new parish centre was built in 2001 and this was blessed and opened by Archbishop Denis Hart.

To mark the celebrations in 2000 long-time parishioner Jim Carroll wrote the story of St. Gabriel’s Parish. This history God is Strength is available from the parish office at $15.

The Parish of St Stephen's had its beginning in 1955, when Father Ryan, from St Gabriel's, acquired some land in Black Street from the Housing Commission. In 1956 a start was made on the building, and later that year the Parish of East Reservoir was created, with Father Sullivan appointed as the first Parish Priest. There was, of course, no presbytery at this stage, and Father Sullivan celebrated weekday masses at the house called Fatima in Crookston Road. The first Sunday Mass was celebrated in St Stephen's Church-School on Palm Sunday, 1957. On Sunday, 19 May, 1957 the Church-School was blessed and officially opened by Archbishop Mannix (pictured below).

The original name for the parish decided by the late Father Ryan of Reservoir was St Michael's. Father Ryan wanted the Archangels to protect the northern suburbs as St Gabriel's and St Raphael's were already established. Father Sullivan decided to rename the parish St Stephen's after the Patron of Hungary since the beginning of the Parish took place around the time of the Hungarian Revolution.

St Stephen's School began in 1958, with classes offered from kindergarten to Grade 3, conducted in the Church/School. Sr Margaret Whiting of the Good Samaritan Sisters was the first principal. The first lay principal was appointed in 1976. In 1959, the building of two classrooms, a library, office and canteen was begun. At the completion, the school offered a Fourth Grade. Within the next two years more extensions were built and the school went to Grade 6, with approximately 400 students.

In April, 1962, the Keon Park area was re-zoned. Control of the area moved from St Gabriel's Parish to St Stephen's Parish. From then on, children would be enrolled at St Stephen's School. The parish continued its rapid growth, and many parishioners felt a need to have a church in the northern area of the Parish. On 12 June, 1962, St Margaret's temporary Church was opened, with Sunday Masses celebrated by Father Sullivan. The need for a second school in the Parish began to emerge, as a result of a survey conducted by parishioners. St Margaret's Church-School opened in 1965, with 36 students in Prep, Grade 1 and Grade 2. St Margaret's School continued a slow growth, and on the 1 April, 1979 St Margaret's office and staffroom were blessed by Archbishop Little. The school offered classes up to Grade 6. A second stage of building was completed in 1982.

Building work continued at St Stephen's School site as the school continued its growth. In 1987, the four junior school classrooms were converted into the present hall. In 1988 a Government grant of approximately $600,000 was made available to build the Administration block, the staffroom, the Library and to refurbish the existing buildings.

In the mid 1960's Father Sullivan borrowed money to buy a property in Lane Crescent. A three court squash complex was built. The profits from the Squash Centre were directed to the development of the school and its buildings. The Centre eventually had four courts and the loans needed to purchase the land were paid off in full. It became a most valuable asset.

After many successful years the squash courts were no longer in great demand and needed considerable upgrading. They were demolished and eight units were built for the elderly of the parish. The units - The Sullivan Villas - were officially opened on 4 October, 1987. The land is leased to the Housing Ministry and St Stephen's Parish nominates people to live in the units.

Fr Frank Larsen was parish priest between 1969 and 1978. Fr Peter Tosh succeeded him briefly (1978 to 1979). In 1979, Father McMahon came to St Stephen's as Parish Priest. In 2006 Father McMahon celebrated his 40th Anniversary of Ordination to the Priesthood. 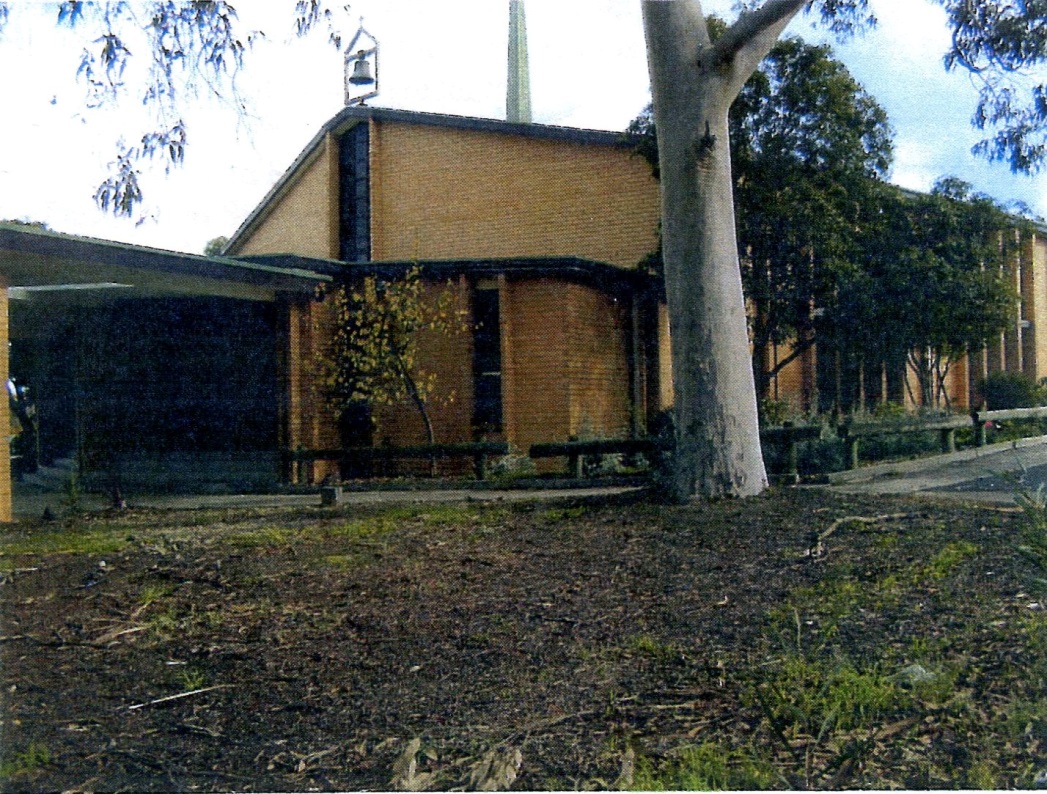 In 2007 a portico was added to the front of the church to enable parishioners to gather outside the church in all weather conditions. This was dedicated to the memory of Fr Larsen during the fiftieth anniversary celebrations of the parish.

St Margaret's Church/School closed when the number of students decreased. On a site adjacent to the school a Retirement Village was initiated by the parish. Building on the first stage commenced in 1999 with Stage 3 completed in 2004. An aged care facility, run by Southern Cross Care Victoria has recently opened on the former school site.

In 2012 Fr McMahon retired and Archbishop Hart partnered the two parishes of Reservoir and East Reservoir with Fr Shane Hoctor as the parish priest.